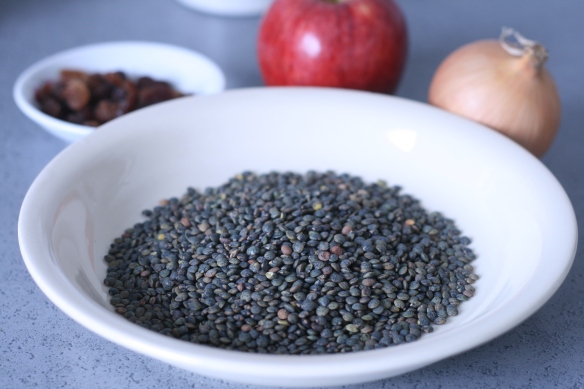 END_OF_DOCUMENT_TOKEN_TO_BE_REPLACED

This dish is a vermicelli noodle dish served with grilled marinated beef, fresh vegetables, some pickled carrot  and the Vietnamese ‘nuoc cham’. The name that I write is a name that the people from the north call it, literally means ‘Southern beef noodle’. However, if you go to find this dish in the south of Vietnam, just ask for grilled beef noodle. It’s just like there is New York pizza everywhere in Amsterdam but there’s no New York pizza in New York. :)

What I like about this dish is that there is no oil, fat involved, not at all, especially it’s beef filet, it’s just lean meat.  It feels so healthy, green and fresh. And don’t put the temperature in the oven to high, don’t put it long so that you will have the juice of the grilled beef. Two table spoon of ‘nuoc cham’, a blend of fish sauce, lime juice, chili and very little little sweet of flavor makes the noodle taste Vietnamese, not pungent, but tasty and fresh.

The most important step of making Bun bo Nam Bo is marinating the beef, then comes making ‘nuoc cham’ and the pickled vegetables (shredded carrot and papaya). The pickled vegies is crispy, a little sour and a little sweet, which even makes me eat two bowls of the noodle at once. Remember to pickle the carrot (and papaya first, before marinating the beef) since it takes at least 1 hour to get a good flavor on the carrot. END_OF_DOCUMENT_TOKEN_TO_BE_REPLACED

END_OF_DOCUMENT_TOKEN_TO_BE_REPLACED

Noodles in Vietnam are like pasta in Italy. But people on daily basic consume rice more often than noodle. There are, however, a variety kind of noodles, made with different ingredients. The most common noodle is made of rice (because rice is popular in tropical countries vs wheat is popular in countries with cooler temperature). Some of the noodles are typical from one specific region, for example: Mi Quang, Bun bo Hue,… Even with fish noodle soup, there are variations as well like Bun cha ca Da Nang, bun cha ca Nha Trang, bun cha ca Phan Thiet (they are all coastal city or province). There are, I think more noodle soups compare to fried noodles or other types). I myself also prefer noodle soup more because it does not have a lot of oil/ fat in it. It’s very easy to eat (with the broth base). Eating noodle soup in Vietnam is very common. (Preparing it takes a long time but we eat out for breakfast if we want noodle soups).

Below, I will explain the name, with the shapes for your reference in of use.

Phở (or bánh phở), read like ‘fuh’ is rice noodle. It has the shape like tagliatelle. It is the noodle used for pho bo (phở bò), the famous Vietnamese beef noodle soup.

In Vietnam, people always buy the fresh noodle sold in a market if they want to cook noodle dishes at home. But here (the Western countries), normally it is sold in the pack which looks like this:

You would boil it in a pan, with a bit of oil so they don’t get sticked and a bit of white rice vinegar (Vietnamese ppl use it since they like the noodle to look white). The boiling time is less compared to pasta normally. Boil it uncover so you can see and taste if it’s done or not. It’s done when it’s not crunchy (not al dente) like pasta. But it still has to keep its shape.

This is pho cuon, rolling noodle. So banh pho can look like tagliatelle but it was indeed cut from the big noodle which looks like lasagna. If you might wonder, normally the inside is stir-fried tender beef.

Bún is rice vermicelli. It has the shape like spaghetti but again it’s made of rice flour. It is smaller than the size of spaghetti indeed. Only bun from Bun bo Hue has the shape as thick as spaghetti. This is how it looks like when eating

This is how it looks like in package. Boiling it is the same as pho. It’s small when it’s in dry form. You can buy this vermicelli as mihoen in Dutch supermarket. It takes about only two minutes compared with 10-12 minutes as the one from China town. However, I’d still prefer the Asian product than the Unilever product since the vermicelli is a bit bigger. It feels more buttery but fresher .

Pho is a very famous and popular dish in Vietnam. However, it’s only in two types: pho bo (beef noodle soup) and pho ga (chicken noodle soup). Bun has much more variety when it comes to different dishes and recipes from fish noodle soup, crab paste noodle soup, meat noodle soup, duck noodle soup, grilled beef with noodle, tofu with noodle,… Pho normally is supposed to eat when you need warmth but Bun makes you feel cool. I think that’s why Pho comes from the North (when the temperature can get to 3 degrees). Personally I prefer Bun more since I live in the South and there are more variety of it. (I also see girls like Bun more, don’t know why).

Mì: is a generally name of noodle. Mi is like ‘Mee’ in Indonesian and read like that too. But normally in Vietnam, mi has a yellow color. It looks like this when cooked

If you buy it in Chinatown, normally they have a few different packages. One is vegetarian noodle (mi chay) and one is made with egg as well (mi trung). In a pack, they are in different small rolls that can sit in your palm (rather than being in a batch like Bun or Pho). There are export from Vietnam and China. I choose the Vietnamese product not because I’m from Vietnam for the main reason but because it’s softer than the Chinese one. With the Vietnamese noodle, pour boiling water all over it in a bowl and let them there for a few minutes. With the help of chopstick, you can turn destroy the roll shape and make the noodles straight out, and drain out the water. With Chinese product, you probably have to boil it in a few minutes.

With this mi you can eat in soup but also do a lot of stir-frying with it.

Miến is cellophane noodle. It is also called glass noodle or glass vermicelli because it’s transparent.

The way to cook Mien is also different. You don’t have to boil it and set aside like Bun, Pho or Mi but to put Mien in the broth soup and cook together for a few minute. Be careful because you still have to keep the vermicelli intact. They also need to be crunchy so don’t put them long in hot water. Serve right away when you have it in a soup base.

To make the Korean or Thai dish with cellophane (w/o soup base), cook it according to package instruction and set aside to later mix it with other ingredients. 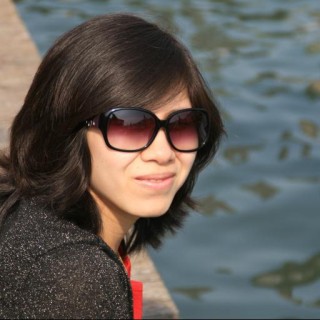 I love to eat good food, to cook and love to travel to understand the places and the people, and to enjoy the food around. Yet, I (still) like the business world in which there are ideas generated and excitement arisen.